“This moment is when an open-ended question sparks a longer conversation and brings ideas.” – Little Owl Educator Vanessa Sanchez

On the first day of school, River was digging in the new yard, using a shovel and a bucket. As River collected more dirt with the shovel, he turned around to dump the dirt in the bucket, but the bucket he had been using was gone. River dropped the shovel and began looking around for the silver bucket that disappeared. With the bucket nowhere in sight, River walked up to Vanessa and there began a conversation:

Vanessa: “Yes, I am an Oak Room teacher.”

River: “Okay, have you seen the bucket I was using. It was next to me and it’s not there anymore.”

This moment is when an open-ended question sparks a longer conversation and brings ideas. Instead of Vanessa solving the bucket problem for River, knowing exactly where the bucket had gone:

Vanessa: “Where do you think the bucket could have gone?”

Vanessa: “How did it get up there?”

River: “It floated up! It went up to space!”

Vanessa: “Wow! What are you going to do now?”

Vanessa: “How can you make the bucket come back?”

Vanessa: “How will I do that?”

River: “You have to fly up to space and get my bucket!”

River: “You can get wings.”

Vanessa: “Where will I get wings that will fly me up to space?”

River: “You have to make them. You have to go home and make the wings tonight.”

Vanessa: “If you’re wanting to try to get your bucket by making wings, I can help you with a plan. How do you want to start?”

River: “Can you help me with the wings?” 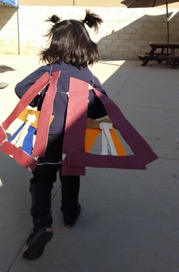 For the next couple of days, River continued to ask Vanessa, “Did you make the wings?” and Vanessa reminded River that he planned to make the wings himself, with her assistance. Once River was ready to start the process of building wings, we made a plan, and other children joined on River’s quest to retreat his bucket from space.

River’s first step was to design his wings. During a morning meeting, we asked if any other children would like to join the plan to design wings; Quincy, Zelda, Roshan, Grayson and Mazzy joined, and designed their wings. For some, the plans ended at the wing design, but for others, like River, wanted to take their wing designs to the next step.

After designing the wings, the next step was to discuss what materials each wing designer would need to start building. Vanessa set up a meeting with Michelle, the Program Coordinator, so the designers can let her know of the materials they would need. A week after the meeting, all of the materials had been collected. River and fellow designers where ready to start building, but the group needed a quiet area to start the building process. 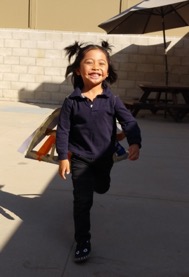 We walked up to the Little Owl Library, and on the floor, River, Zelda, Roshan, and Mazzy started building their wings. They each verbalize what materials they needed to start the skeleton of the wings, they asked Teacher Vanessa to help cut some fabric, and the children communicated with each other when they needed help or materials. After two weeks of building, and brainstorming when an idea wouldn’t stick, Roshan and River had completed their wings. Zelda and Mazzy were content with cutting fabric and not continuing to build their wing. Quincy, after his vacation, came back and wanted to finish building his wings, and was able to complete during morning plans. Quincy and Roshan made wings that they could wear on their backs but decided not to test the wings to see if they could fly. When River finished, he asked to go to the new yard, where his bucket had disappeared, to test if his wings could fly him up to space.

With Seedling children observing, River stood on one side of the yard, and the countdown from three, he sprinted across the yard four times. River noticed he hadn’t flown up but had made the observation that his wings did flap, “like bird wings.” Vanessa asked River, “The wings didn’t fly. How do you feel about that?” River says, “I like it. I can’t get my bucket, and the bucket keeps moving farther and farther into space. It’s okay if they don’t work. I think I’m done. I don’t want to fix my wings; I like them!” 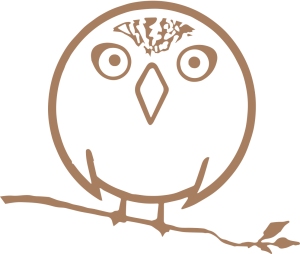 Thank you for visiting our blog. Please feel free to comment or make an inquiry. It is our hope that through dialogue we can build a stronger bridge from home to school which will inform our “whole child” approach to guidance, and benefit the children in our care.